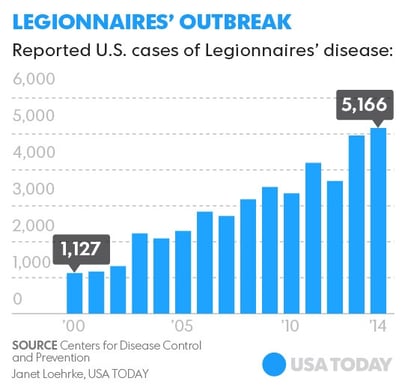 As reported by Liz Szabo of USA Today, Thomas Frieden director of the Centre for Disease Control (CDC) stated at the unveiling of a report on Legionnaires disease in the USA “People are unnecessarily and avoidably getting sick from preventable infections,”

In the report it states that according to the CDC which examined 27 Legionnaires' disease outbreaks in the period the number of cases rose from 1217 in 2000 to 5166 in 2014. It further stated that part of the reason for the increasing numbers is that doctors have become better at diagnosing the disease, which presents like pneumonia, but requires different treatment.

Most cases require hospitalisation and there are 10-15% mortalities.

It is further reported that most cases are caused by the malfunction of water treatment equipment and can be prevented. “People are unnecessarily and avoidably getting sick from preventable infections,” said CDC director Thomas Frieden.

Human error, such as failing to clean or replace the filter on a hot tub, caused more than half of the outbreaks studied. About one in three were the result of equipment problems, such as a malfunctioning disinfection system.

Read More About Legionella Risk Factors and The Most Common Causes of Legionnaires' Disease. 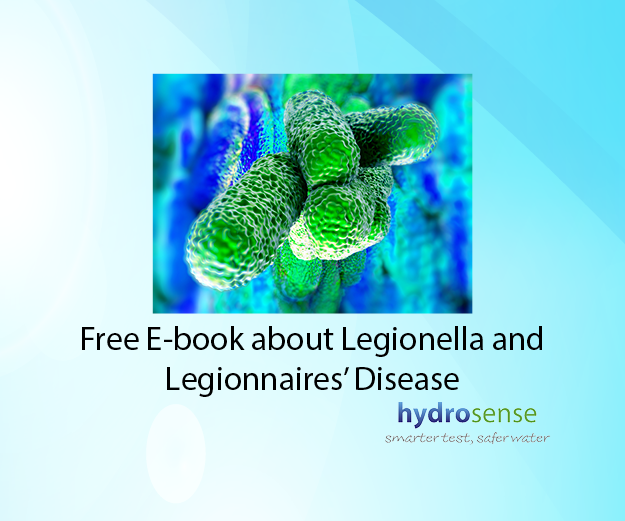