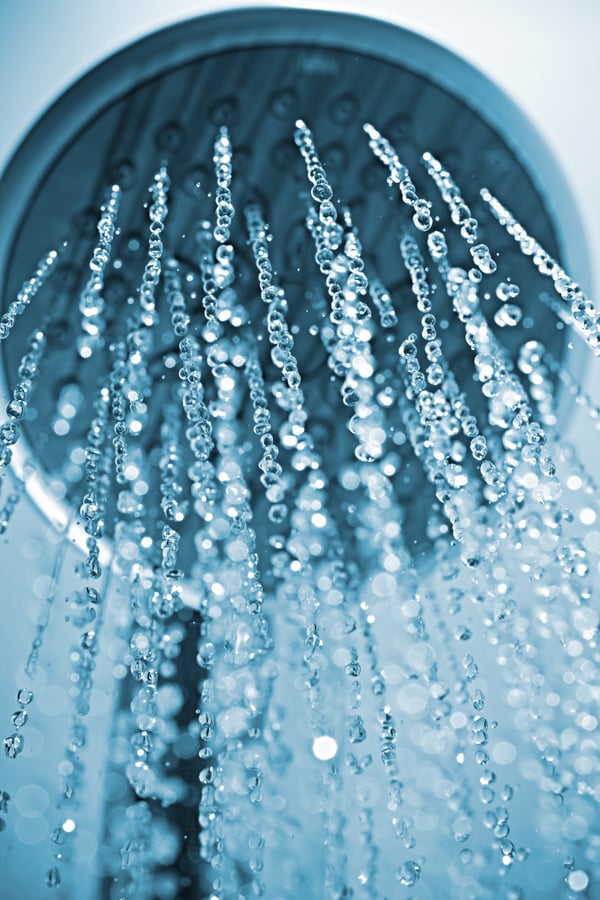 Research reveals up to 1.5 million households in the UK could be harbouring the potentially fatal Legionella organism. The bug causes Legionnaire’s disease, which can lead to life-threatening pneumonia and organ failure.

Sufferers are infected when they inhale tiny airborne droplets of bacteria-ridden water.

The deadly disease is usually linked with large buildings – such as hotels and office blocks – with complex water systems where the bacteria can spread easily.

But scientists at Public Health England (PHE) have found that the killer organism is on the increase in domestic homes. Experts fear household showers may be to blame for hundreds of cases each year where the source of infection cannot be identified.

The bug thrives in stagnant water above 20C. Showers, taps and wash basins can become contaminated if they are not used for a few days. Even garden hosepipes can harbour the bug if they are left filled with cold water that heats up to the right temperature in the sun.

Legionnaire’s disease strikes about 500 people a year in England, killing around one in ten.Infection rates are rising across the world as more people take showers rather than baths. The European Centre for Disease Control and Prevention says cases have hit record levels on the continent.

Initial symptoms include fever, loss of appetite and headache. But within ten days, sufferers can develop life-threatening pneumonia and kidney failure.

Survivors often have to take antibiotics for months to try to clear the bug from their systems.

Legionella in showers across the UK

PHE infection experts took samples from 99 showers in 82 properties in Bristol, Bath, Oxford, Portsmouth, Southampton and Salisbury. Water was extracted from shower heads left idle for a few hours and swabs were taken from bathroom pipes

The results, published in the International Journal Of Hygiene And Environmental Health, revealed that nearly a third of samples tested positive for Legionella. Researchers said six per cent of properties had dangerously high levels of the bug – the equivalent to 1.5 million households in the UK.

Three samples included a virulent new strain of the bug not seen before in the UK.

The researchers warned: ‘This study is the first to investigate the prevalence of Legionella in UK household showers. It shows they may be important reservoirs.’

They warned that electric showers – originally thought to be safer because they heat water directly from the mains rather than from a tank – are just as dangerous, with similar contamination rates.

Scientists urged the public to use showers as often as possible to prevent water stagnating, and to clean shower heads regularly.

Microbiologist Dr Tom Makin urged homeowners returning from holiday to ‘flush out’ showers for several minutes. He added: ‘Hold your breath, turn the shower on and leave the bathroom. And don’t go back in for a while as contaminated droplets can remain airborne for up to 30 minutes.’