Long-term effects of Legionnaires' Disease are debilitating for some 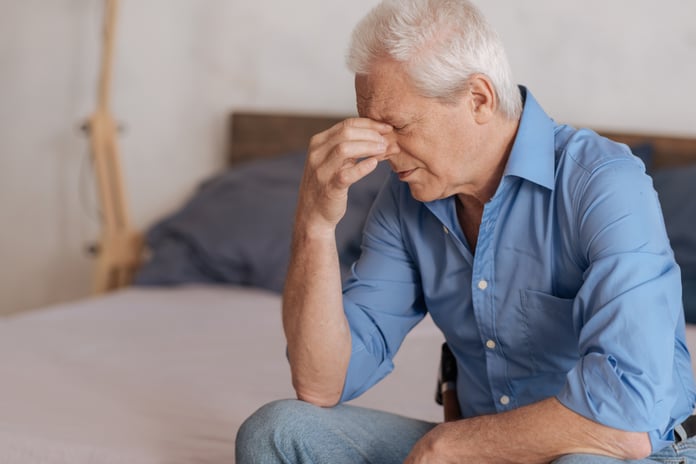 As we move into the new “normal” and new phrases such as “Long Covid” become more understood with more people living with the ongoing effects, it turns our attention to other diseases which bear similar physical symptoms to Covid-19 that also have longer-term effects on people’s health, such as Legionnaires’ Disease.

As with Coronavirus, Legionnaires’ Disease requires appropriate early diagnosis and treatment to give the best possible chance of a full recovery, or the disease will worsen and can be fatal.

“Full recovery” can only be measured over time and, with complications such as respiratory failure, acute renal, multi-organ failure and shock being amongst the most frequent, the long-term pathological conditions which can occur may not happen in the early stages.

As we continue to understand more about the diagnosis and treatment for this disease (usually an early diagnosis will result in a course of antibiotics), it is difficult to grasp the long-term effects without monitoring, over a sustained period, patients who have contracted and survived Legionnaires’ Disease.

Many patients complain of long-term fatigue or an inability to concentrate or focus years after the drugs have expelled the infection from the body.

WHAT ARE THE LONG TERM SIDE EFFECTS OF LEGIONNAIRES' DISEASE?

Legionnaires’ Disease has also been linked to causing changes in the brain, in particular, alterations in stress response within the amygdala, hippocampus and prefrontal cortex. Nightmares; flashbacks; memory and concentration changes; insomnia; startle responses and intrusive thoughts2. On rare occasions, even brain sequelae4 which includes complications involving damage to the central nervous system and seizures in the most severe cases.

Although quite an eye-opening list of conditions, the aim is to highlight and raise awareness of the residual effects Legionnaires’ Disease can have.

So how do we know this?

An Oxford University study in 2002, was carried out on 122 Legionnaires’ Disease sufferers from an outbreak in the Netherlands in 2019. It found that a staggering 81% suffered from fatigue and loss of energy, 79% had conditions that impair the functioning of the muscles, and 75% had memory loss, even months after diagnosis2.

The research was carried out 18 months after the sufferers had contracted the disease – illustrating that whilst the physical symptoms had abated, out of the 75% who had suffered from neurological symptoms (e.g. impairment of muscle function), very few had recovered within 17 months after their initial diagnosis.

It is also important to note that less than 10% of those involved in the study had ANY serious medical conditions before contracting Legionnaires’ Disease and therefore it is reasonable to assume that the large increase in the above symptoms can be attributed to contracting this severe infection.

Prevention is far easier than cure!

We cannot prevent the existence of Legionella, neither can we infallibly prevent its growth. What we can prevent, however, is Legionella ignorance through lack of awareness and lack of effective water system management.

We must understand that whilst the physical symptoms of Legionnaires’ Disease may have been suffered and cured through effective treatment with Antibiotics, the long-term mental health effects can be life-changing and this deadly bacterium needs to be detected and managed effectively, at the source, to prevent outbreaks that can cause devastating long-term consequences for all affected.